Phrases that might have no meaning to your grandchildren: having a “fat wallet,” offering “a penny for your thoughts,” and the notion of “stacking paper.” The question “can you change a dollar?” one day not too far off may be more of a philosophical one.

Credit and debit cards have slowly been overtaking cash for many purchases for decades. And now, new technology has broadened the ways people can pay without having to carry paper money and coins (and pay ATM fees), potentially hastening the decline of cash.

If, or when, greenbacks will be obsolete remains uncertain. But the change is speeding up, and lawmakers are starting to push back against early adopters of what looks to be a coming societal shift.

The laws so far are mostly local and aimed at merchants. Some major cities, including San Francisco and Philadelphia, have prohibited stores from going cashless. Others, including New York, and Washington D.C., are considering it.

New Jersey recently passed a law requiring merchants to accept cash. The Garden State joined Massachusetts, which has had such a law for years. And Congress now has two bills that would require brick-and-mortar stores to accept good, old-fashioned bills and coins.

The argument is primarily about equity – not everyone has access to credit and online tools, and a cashless society could leave some farther behind.

In that regard the U.S. is far behind. Elsewhere, the move has already been made.

From China’s enormous cities to Africa’s rural villages to Sweden, where cash makes up only about 1 percent of the value of purchases, other places have been moving away from physical currency for years. In Chinese cities, restaurant servers ask patrons which app they’ll use, not whether they’ll pay with an app.

“Almost everyone in major Chinese cities is using a smartphone to pay for just about everything,” the New York Times noted two years ago.

But in the United States we are, you might say, still mostly nickel and diming each other.

With one new notable exception, the American moves toward virtual monetary exchange have been minimal: a few small coffee chains here, a taqueria there. It’s one Starbucks location in Seattle, a few fast-casual restaurants in hipster parts of big cities, some no-attendant parking garages.

One chain that did go mostly cashless (except in Massachusetts) is salad purveyor Sweetgreen. The company said making customers pay with a card or app prevents robberies – no cash, no robbers. Cash also presented an efficiency problem. Food handlers can’t touch dirty cash, and donning gloves takes time, so you need separate cashiers.

But while adoption has been slow, with changing technology, and more people becoming comfortable using mobile apps, the idea is picking up steam.

One huge new industry – ridesharing - is starting to make the no-cash economy normal. Uber and Lyft riders can’t pay with cash, familiarizing millions of people, especially the young, with a new norm. And one of the country’s biggest retailers, Amazon, already likely the largest cash-free seller because of its online merchandising, has also now opened a few “Amazon Go” grocery stores. There, customers using its app can simply walk out of the store with merchandise and have the cost automatically deducted from their account.

Now Facebook, which counts about a third of the world’s population as users, said recently it will partner with financial tech firms, including PayPal and MasterCard, to launch a new digital currency called Libra, aimed at further helping people pay in new ways.

Many of those merchants trying to go cashless say, like Sweetgreen, it’s because it benefits the merchant.

“We spend a lot of time counting and recounting cash,” Phil Van Overeem of Doomie’s NextMex restaurant in Los Angeles says in a video created by credit card company Visa. “If time is money, cash is expensive.”

Others say they’re ditching cash because their customers don’t use it anyway.

But with the idea of going cashless starting to gain a bit of momentum in the U.S., has come a grassroots no-cash backlash.

Critics say eliminating the ability to pay with bills and coins discriminates against those who don’t have a bank account, can’t get a credit card, or don’t have a mobile phone or account for paying with apps.

“A lot of these people are the working poor who go to work every day, earn low wages, get their checks cashed at a check-cashing place, and need that cash to go buy groceries and food,” New Jersey Assemblyman Paul Moriarty (D), who pushed for New Jersey’s new law, told WHYY Radio. The law took effect the day Gov. Phil Murphy (D) signed it in March.

Or as D.C. councilmember David Grosso, who is trying to require cash acceptance there, said when introducing his bill, “These are customers who could otherwise afford the simple luxury of a glazed treat from District Doughnut in Union Market, though they may not have the ability to obtain a credit card.”

“What if you’re homeless, what if you’re undocumented?” asks New York City Councilman Ritchie Torres in a Facebook video in which he talks about his effort to ban cashless retailers there.

The country’s traditional means of exchange, he says, is already open to all.

“If you open a dollar bill, it reads ‘This note is legal tender for all debts, public or private,’” Torres says. “The language couldn’t be clearer.”

San Francisco makes the point in the text of its ordinance, called the “Legal Rights for Legal Tender Ordinance,” saying the measure is needed because “the City strives to empower all of its residents to participate in San Francisco’s economic life.”

While the backlash has been patchwork so far, this year two members of Congress introduced federal legislation seeking to require brick-and-mortar stores to take cash. One is called “The Cash Should Always Be Honored Act,” the other is “The Payment Choice Act.”

The backlash also is being seen in some countries much further along in phasing out cash. In Sweden, the first country to use banknotes back in the 17th Century, officials say the country may be entirely cash-free by 2023, and they worry it will get there without plans for what to do if the power grid goes down, for example.

In the U.S., while some small merchants may say cash has problems, D.C.’s Councilman Grosso sees a profit motive behind the flight from currency. He says payment companies are pushing the cashless movement because they make money on transaction fees.

“This has been a nationwide trend, backed in some instances by credit card companies like Visa, which have provided short-term funding to businesses that agree to stop accepting cash from their customers,” Grosso said when he introduced this year’s legislation.

The National Retail Federation generally opposes the laws requiring cash, as a matter of choice for merchants. And in a country where cash is still so widely accepted, they seem an unnecessary burden, says federation Vice President J. Craig Shearman.

“We really believe these proposals are a solution in search of a problem,” Shearman told State Net Capitol Journal. He said cash is still used in 30 percent of retail purchases and more than half the time for small purchases. Cashless stores just aren’t widespread, he said. But also, it’s a business choice.

“Retailers should have a right to choose which payments to accept,” Shearman said. “States and local governments and Congress should allow merchants and their customers to use what works best.”

It also may be worth noting that merchants have already reacted in some cases to the backlash against going cashless - without the force of law. That’s what happened at Sweetgreen, which after criticism decided to go back to taking cash by the end of this year.

“We have realized that while being cashless has advantages, today it is not the right solution to fulfill our mission,” company officials wrote in a blog post. “To accomplish our mission, everyone in the community needs to have access to real food.” 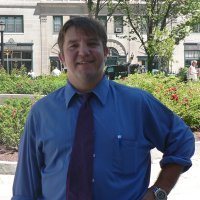